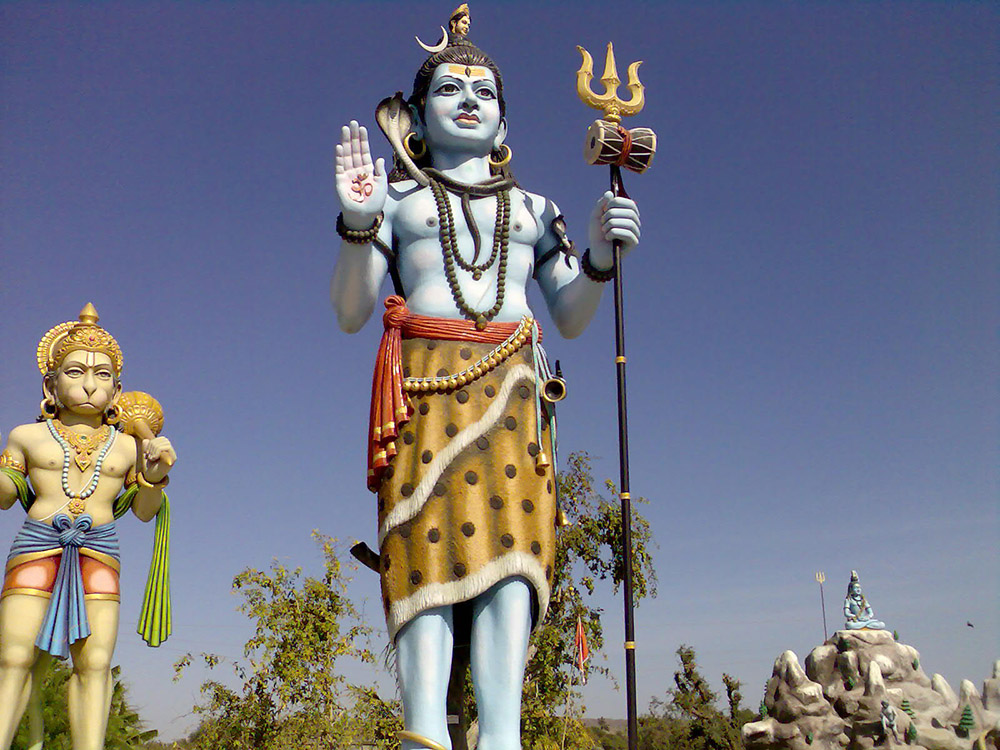 Baladia gaam’s Jagir, Aayas Shree Nath Sampdray Bawa, the owner of the estate of Baladia was given the estate by the Kutch maharao as a gesture of goodwill. The Aayas Shree nath Sampdray Bawa were known as ‘kaan phata jogi’, they were called this because of the infamous slot they had in their ear lobe where they used to adorn a round hoop earring. The Jagir used to control all of Baladia, including all residential homes and farming land. There is not much history known about Aayas Shree Nath Jogi, however there is a resting place in Fuleshwer Mahadev, for this reason we assume Aayas Shree Nath Jogi was the first in line.

There is a Baldeshwar Mahadev temple in a beautiful hill just outside of our village and for this reason our village is known as Baladia. On the left hand side of Shivalay there is a beautiful resting place carved out of stone which we assume belong to Jagirdar, the people who own the estate. Next to this there are two more resting places which belong to Ratannath Bawaji and the other one is Aayas Shree Balnath Bawaji. There is also a small beautiful resting place carved out of stone which belongs to Aayas Shree Umarnath Bawaji. In the culture of the Jagir’s when they passed away they used to lay to rest the deceased in a sitting down position. When a Jagirdar passed away they would get their burial place on Baldeshwar Mahadev hill and their family members would build a tomb like shrine on their resting place called a Chhatedi. There was quite a few small burial places surrounding Shivalay. Over the years, as time has passed many of these small burial places have been removed in order to improve and enhance the Shivalay garden which have been landscape in a nice way.

Since a lot of this history has been passed through the generations and not recorded, from our elders we have obtained the information that we now have, however after Fulnath Bawajis there is little knowledge of the Bawajis that followed, although we know some of the names Shevanath, Ratannath, Balnath, Umarnath and Kanhaiyanath who is still with us, and you will often see him in Baladia in their traditional dress, which is typical a jobho dhoti and a pagri, (turban).

All these jogi bawajis (the individual people who owned the estate) used to live like bachelors. They used to have disciples which were given to them as adopted boys from a young age. These boys were given to them at the age of five to the Jagirdar of the time, they would then provide the child with a good education and prepare and train them to look after the Jagir. Of all the adopted children, whoever was the brightest was nominated as the new ruler of the Jagir. At the age of twenty they were initiated with a ceremony for the cut ear, so that they could wear the hoop earring within the slot in the ear lobe. They used to believe in Shankar, Guruji and Aaashapura Mataji, they used to do puja for all of them.

They lived their life as vegetarians and were very good horse riders and hunters. In recent times they had stuffed a tiger’s head in their residential quarters which they had hunted down in a river near Mahadev which was like a jungle before Vikram Samvat 1996 which is approximately 80 years ago which was the year known as chhanvo, because of the memorable drought. The used to possess a range of weapons and there was a small army who used to take care of the village and all the farmland which was in their estate. In their army they used to have some Shidi, a tribe original from Africa. The Jagirdar used to take one sixth of a farmers annual income if the farm was within their estate, which was known as Bhog or Lagan. Every house and house holder had to pay their Lagan as well, much like council tax. After India’s Independence in 1947 all this authority was taken away from all the Jagirdar.

We have collected this information with our best ability, if we have made any error please let us know so in future we can compile better information for future generations. If any of our Baladians have got any information or any old photographs to accompany the above article we would like to hear from you.